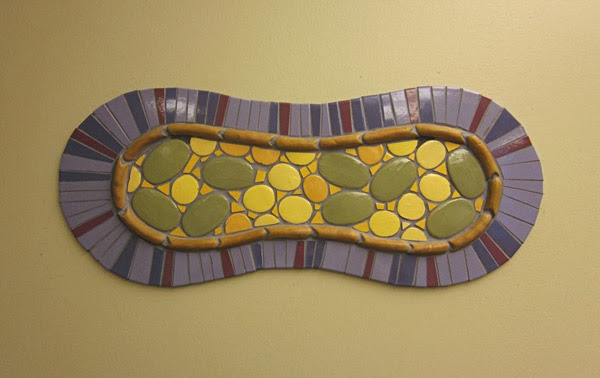 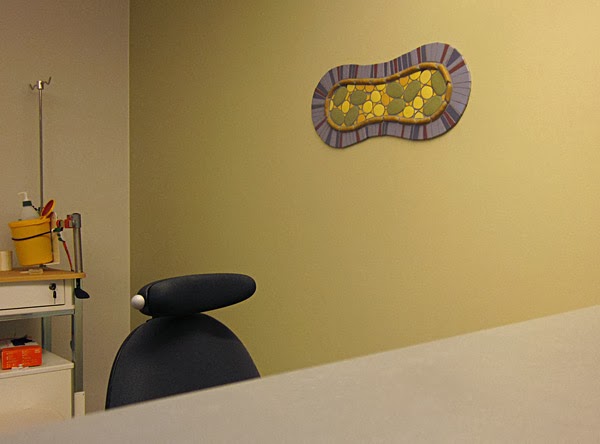 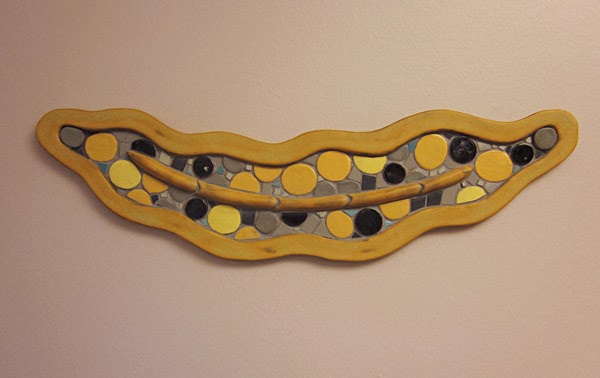 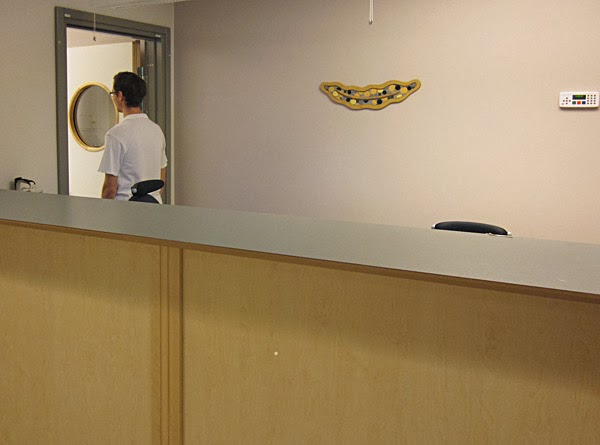 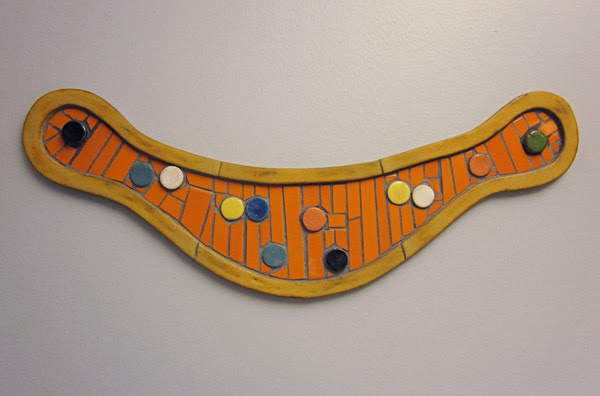 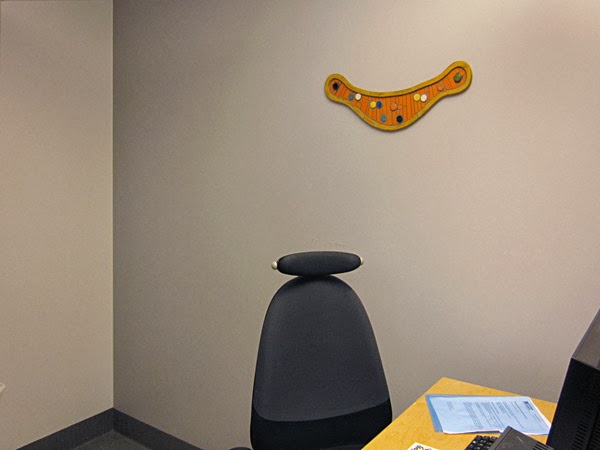 Now they hang at the nurse's work stations in a newly restored surgical ward in Växjö. Hope you never get sick and see them for real.

It was fun to make them, another chance to try out mixing form and mosaic pieces.

Newly reminded of ceramic idol from year's ago: Jun Kaneko
He gave a talk at a ceramic conference in Oslo, and touched so many of us.
at 19:44 No comments: 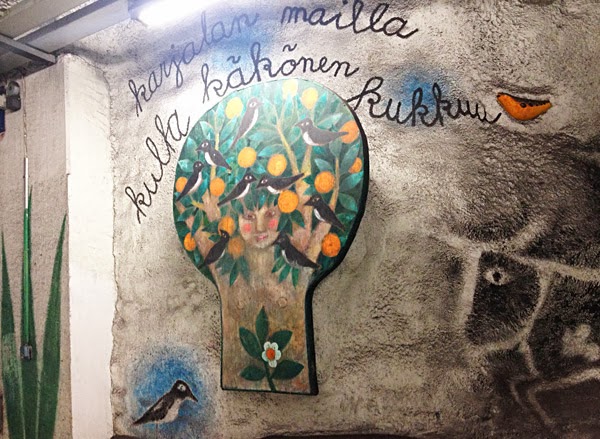 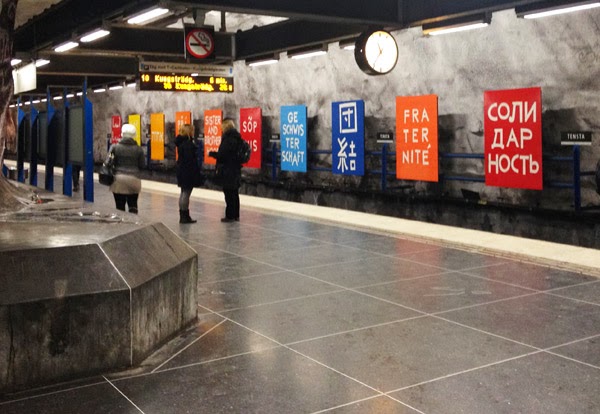 The art work in Tensta underground station in Stockholm is made by artist, poet, author Helga Henschen, 1975. She was an important political artist in the seventies and an inspiration for many.

Brochure, in Swedish but with lots of photos, about the art in all the stations download here 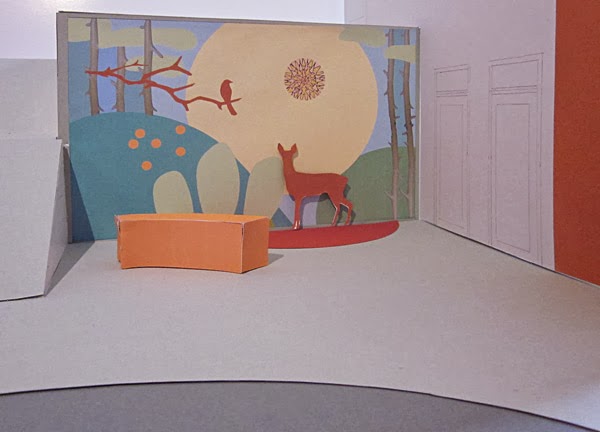 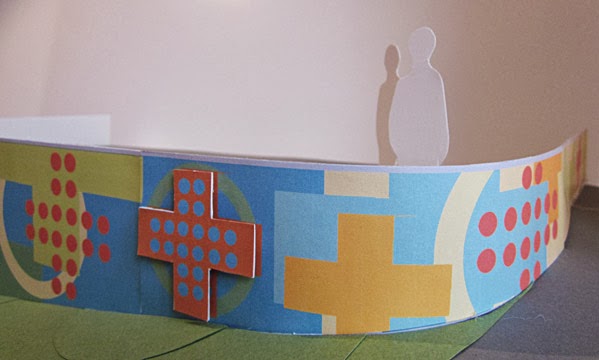 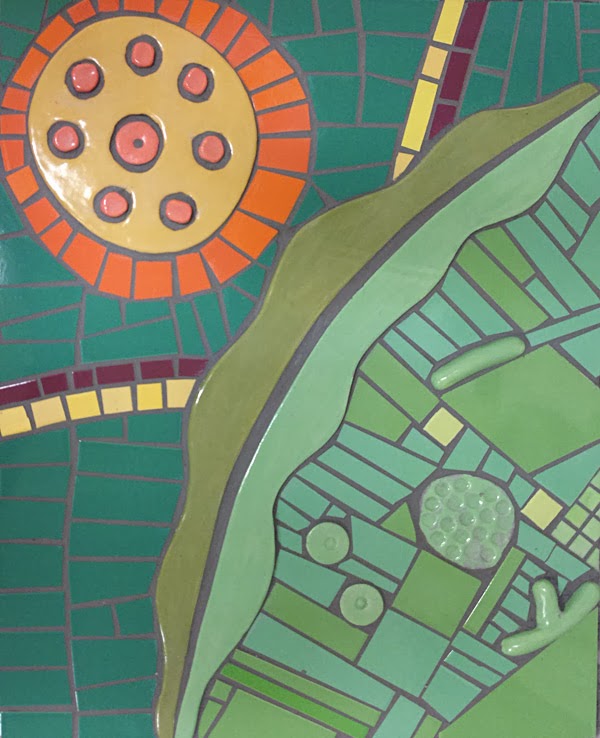 Sketches for a commission in Lindesberg, small mid Swedish city, and the new ER entrance at the hospital. It was a competition between three artists. Maria Ängqvist Klyvare's idea was chosen by the committee, and it will be realised some time next year.

I was in second place, with mixed feelings. Disappointment over the missed chance to actually transform the idea into reality, with all the challenges that comes along in the process; artistically, technically, the relation to the architecture and so on.

But also relief as I need to put so much energy into my new part time job as producer/curator at the culture center in one of the Göteborg suburbs, Blå Stället.
at 12:04 No comments:

Email ThisBlogThis!Share to TwitterShare to FacebookShare to Pinterest
Labels: commission, mosaic, my work 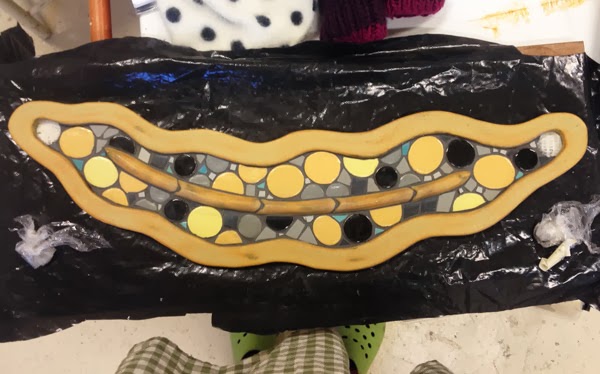 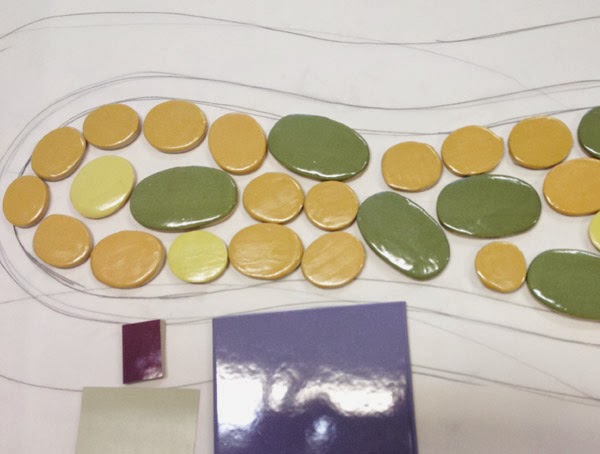 I have a good feeling when I walk up the hill to my studio. Relaxed and eager at the same time, as it is when in the middle of the process. Working with a small commission for a hospital, three wall pieces. Just finished the first part. Two more on their way.